Charles Bonnet Syndrome (CBS) is a condition caused by significant sight loss. Thought to affect one in five people who lose their vision.[1] CBS causes visual hallucinations which can be unexpected and sometimes troubling.

This is the first in a series of articles focussing on different sight conditions, written to help build awareness of the different ways sight loss might affect you. These articles provide information and signpost further reading, advice and support. 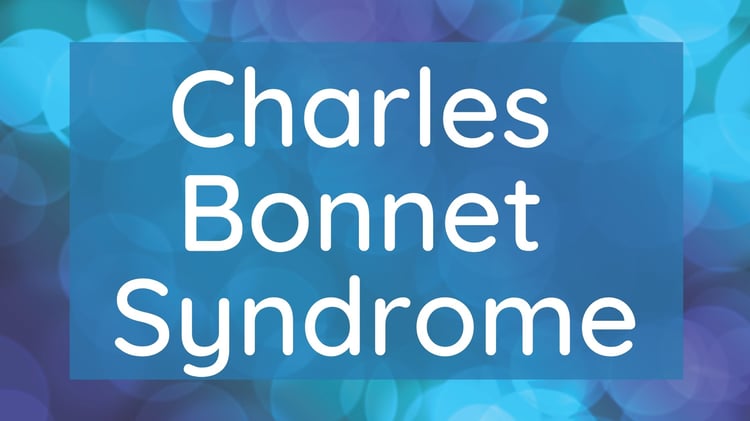 You may have read more articles, stories or social media chat recently about hallucinations caused by sight loss. The long-running British soap opera Coronation Street is currently running a storyline where a character whose sight is deteriorating is seeing things that aren’t there and is subsequently diagnosed with Charles Bonnet Syndrome.

The script writers of Coronation Street are working in conjunction with Judith Potts, the founder of CBS campaign group Esme’s Umbrella[2], to bring about greater awareness of Charles Bonnet Syndrome.

What is Charles Bonnet Syndrome?

Charles Bonnet Syndrome causes people who are losing their sight to see things that aren’t there. These are medically known as hallucinations[3]. Hallucinations caused by CBS are completely visual, and there are no other sensations such as sound or smell.

Who does Charles Bonnet Syndrome affect?

It is thought that one in three people with sight loss experience visual hallucinations[4].

Charles Bonnet Syndrome can affect anyone who has lost over 60% of their sight[5]. As more than 80% of people with sight loss are over 50 years of age[6], it’s often perceived that CBS affects only older people. However, it can occur in any age group. Studies are currently underway to determine out how many younger people and children are affected by CBS[7].

As older people with sight loss can experience CBS for the first time, they often keep their hallucinations to themselves, fearing the onset of dementia or a mental illness. This is why awareness of Charles Bonnet Syndrome is so important. Confiding in others can help make CBS less frightening for the person experiencing it. Advising your doctor of significant sight loss and the potential for CBS may help with a faster diagnosis, as many GPs and medics are not aware of the condition.

For health and peace of mind, it’s important that any hallucinations are properly diagnosed by a medical professional, so appropriate advice and care can be taken.

It is important to recognise that Charles Bonnet Syndrome is not a mental health condition, it is caused entirely by sight loss. Put simply, following sight loss, the brain makes up for the lack of visual input from the retina and fills in the gaps with false images, made up by the mind.

What are the effects of Charles Bonnet Syndrome?

Visual hallucinations can vary widely. They may take on the form of shapes and patterns of different colours, through to people, animals and inanimate objects. Some have reported complex visual hallucinations – scenes such as classrooms of children, seashores and processions.

It is reported that the hallucinations can vary depending on the mood of the individual. Sometimes pleasant, pretty or cartoonish during times of peace and comfort. However it is often reported that with Charles Bonnet Syndrome, visual hallucinations may be disturbing or frightening, particularly in times of stress or anxiety and in the absence of social interaction.

The RNIB has reported that calls to its helpline concerning worrying or frightening visions have increased by nearly 50% during periods of lockdowns due to Covid-19 in the UK. Talking about this, Consultant Ophthalmologist Professor Mariya Moosajee advised that "The main triggers are loneliness, reduced exercise, exposure to depressing news - all things we are seeing in lockdown."[8]

Although hallucinations caused by Charles Bonnet Syndrome are not dangerous in themselves, they can have secondary effects, such as being the cause of accidents. For example, someone experiencing a visual hallucination may move around objects that aren’t there and put themselves in harm’s way. Falls might also happen as a result of stepping over something that has unexpectedly appeared on the floor.

People with Charles Bonnet Syndrome can usually recognise and learn to differentiate between their visual hallucinations and reality, though they can still be sudden and frightening[9].

Advice on CBS and hallucinations

The NHS in the UK recommends that you always visit your GP if you’re experiencing hallucinations, so they can investigate the cause. Advise your doctor of any sight loss and mention Charles Bonnet Syndrome if you suspect it.

There is currently no medical cure for Charles Bonnet Syndrome, but for some knowing that the condition is a product of their sight loss and not a mental health condition can offer some comfort. Here are some ways people with CBS have found helpful to reduce visual hallucinations[5]:

Please note: This is not a medical post and we always recommend you take appropriate medical advice from your healthcare providers. All advice presented above has been taken from reputable sources, these are cited in the references section, below.

My grandfather experienced Charles Bonnet Syndrome later in his life. His sight deteriorated due to diabetic retinopathy and in his 70s he was registered blind. From there, he started to experience hallucinations, mainly of people and dogs.

As is often typical of people with CBS, he kept these to himself for some time because he was frightened of what was happening to him. Thankfully, during a visit from the Lincoln & Lindsey Blind Society, he was asked whether he saw things that weren’t there. Much to his relief he could confirm that the ‘ghosts’ he saw were CBS hallucinations, caused by his sight loss and not a sign of dementia. 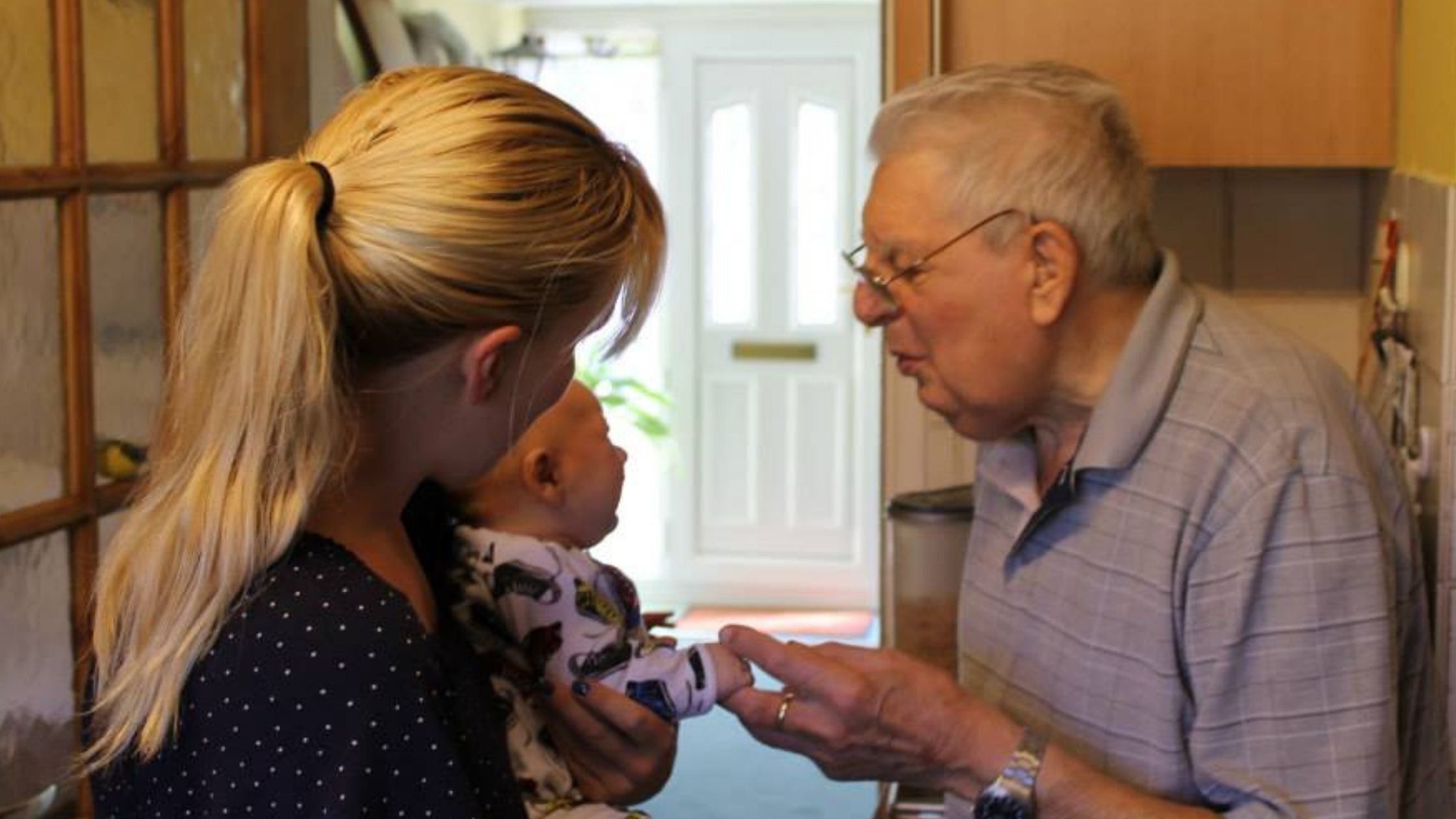 The society provided a leaflet on CBS which helped my grandad and the rest of the family understand the hallucinations and why they happened, so we could support him.

His consistent hallucinations were of a soldier, who would sit with him and Gran at the table each time they ate, (unless someone else was sitting in that chair) and a young girl in Victorian clothing. She would sit on the sofa while he relaxed in his armchair to watch the football on TV. He would often see hallucinations of old family pets running around the room, and once saw his own father – though he was very clear to express to me that he knew it wasn’t his actual father!

The more I learn about CBS, I now wonder whether his hallucinations were more worrying than he let on, though he never seemed particularly disturbed by them. As a perpetually positive chap who liked to tell stories, for us as a family, the hallucinations provided him with new tales to entertain his grandchildren and were never viewed as a negative part of his life.

As a relatively unknown outcome of sight loss, the occurrence of Charles Bonnet Syndrome can come as a shock to those experiencing these hallucinations. This is why awareness and information is so valuable. As more awareness is raised, we will learn more about CBS and how it might be treated in the future.

Here are some useful organisations and links which can help you with further information, advice and support:

Although CBS is a fascinating condition, it is often be considered a novelty. It is becoming clear  from research currently underway, along with anecdotal evidence, that CBS is much more common than many people - including those in the medical profession - are aware of.

Raising awareness is an important step, for people experiencing CBS and those who can successfully diagnose it. Awareness of this condition will mean that more people with CBS can access better treatment, support and advice.

A focus on Charles Bonnet Syndrome is part of a series of articles that help raise awareness of various sight conditions and the different ways sight loss might affect you, your friends, family and colleagues.

We are interested to hear your stories of CBS, how you live with this condition and steps you have taken to raise awareness. Please do leave a comment in the section below or join us on our social channels.